Acupuncture is better for migraines than drugs 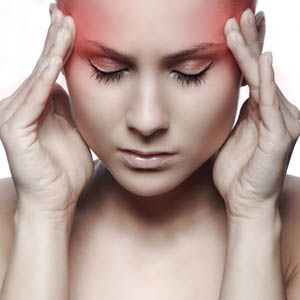 New research comparing Acupuncture to medications for migraine headaches has found better immediate results for Acupuncture, and with a fantastic bonus. Unlike the temporary relief offered by drugs, the results of the Acupuncture were still working 6 months after the treatments were completed.

The Acupuncture group received 20 treatments, while the VPA group received a standard 600 mg per day dose of the drugs. Both groups were also offered an additional acute migraine attack pain medication called rizatriptan (Maxalt) on demand if needed.

The results were very encouraging for Acupuncture, particularly for patients who want to avoid the often horrendous side effects of VPA and rizatriptan. The Acupuncture patients not only required less rizatriptan, they suffered significantly less intense pain levels than the VPA patients.

Also, 47.8 percent of the VPA group suffered adverse side effects. VPA side effects can include sudden, severe and even fatal liver or pancreatic failure. Other side effects are indigestion, weight gain, fatigue, water retention, acne, feeling cold or chills, blurred vision, dizziness, drowsiness, hair loss, headaches (and this is supposed to be treating headaches!), nausea, sedation and tremors. And there are many more.

Acupuncture is free of adverse side effects and, said the researchers, is more effective.

Other drugs are also used to treat migraines, and they also have a long list of side effects. However, when someone is suffering the intense, debilitating pain of frequent migraine headaches, and these drugs are all that’s being offered, most people just take them no matter how much they wish they didn’t have to.

But, now, thanks to Acupuncture treatments for migraine, there is a much safer alternative.

The science has been done – not just this study, but also many others prove that Acupuncture is a safe and effective treatment for a host of ailments. California and Maryland have already added Acupuncture to their health plans starting in 2014, and efforts are being made in many other states to broaden insurance coverage to include Acupuncture.

If you’re having a problem with migraines, see an acupuncturist for help.